China is shaping up to be the first real test of Big Tech’s ambitions in the world of carmaking, with giants from Huawei Technologies Co. to Baidu Inc. plowing almost $19 billion into electric and self-driving vehicle ventures widely seen as the future of transport.

While Apple Inc. has long had plans for its own car and Alphabet Inc. has Waymo, its autonomous driving unit, the size — and speed — of the move by China’s tech titans puts them at the vanguard of that broader push. The lure is an industry that’s becoming increasingly high tech as it pivots away from the combustion engine, with sensors and operating systems making cars more like computers, and the prospect of autonomy re-envisioning how people use will them.

As the world’s biggest market for new-energy cars, China is a key battlefield. Established automakers like Volkswagen AG and General Motors Co. are already slogging it out with local upstarts such as market darling Nio Inc. and Xpeng Inc. Over the past three months, Huawei, smartphone giant Xiaomi Corp., Baidu — which runs China’s top search engine and a mapping app — and even Apple’s Taiwanese manufacturing partner Foxconn have joined the fray, forging tie-ups and unveiling their own carmaking plans.

Nowhere was that more on display than at last month’s Shanghai Auto Show, which has become one of the world’s premier events for showcasing the hottest new trends in the automotive sector. Visitors queued for hours to access the pavilions of Huawei and Baidu, thronging their displays and snapping pictures of sensor systems, high-tech dashboards and model vehicles. But despite the intense interest, the era of the new car is a hyper-competitive one in China, and tech giants have a lot to prove.

“There’s a big element of faith in the tech companies’ bets,” said Stephen Dyer, managing director of consultancy AlixPartners in Shanghai and a former Ford Motor Co. executive. “This is a matter of creating something new that doesn’t exist now. That’s where the element of faith comes into play.”

Huawei has been at the fore, recently announcing plans to invest $1 billion in EVs and its own self-driving technology, which it claims has “already surpassed” electric car pioneer Tesla Inc. in some aspects.

The Shenzhen-based company, better known for its mobile-phone networks and being the subject of crippling U.S. sanctions, has unveiled its first car developed with BAIC BluePark Mew Energy Technology Co. The mid-sized Arcfox S sedan uses HI, or Huawei Inside, an intelligent automotive software package that enables it to run on autonomous driving mode in city areas for more than 1,000 kilometers (620 miles) without human intervention. Delivery is slated to start in the fourth quarter.

Huawei’s auto show display attracted larger crowds than nearby China Evergrande New Energy Vehicle Group Ltd., an EV upstart that took one of the biggest stands to showcase nine models despite the fact it hasn’t sold a car under its own brand. As well as the Arcfox S sedan, a Seres SF5 coupe equipped with Huawei Inside was on display, along with Huawei’s HiFin Intelligent Antenna Solution, a new generation in-vehicle communication system plus 4D-imaging radar that’s used to monitor roads and traffic.

One of the biggest challenges for new entrants to the automotive sector is how capital and resource intensive it is to make cars. How tech companies negotiate that will be key, and potentially provide opportunities for established players in the sector, with Huawei repeatedly saying its plan is not to produce its own vehicles. Rather, it’s partnering with three Chinese automakers — BAIC Motor Corp., Chongqing Changan Automobile Co., and Guangzhou Automobile Group Co. — to make self-driving cars that will carry its name as a sub-brand.

Guangzhou Auto will jointly build a “truly unmanned car” that will be produced in 2024, President Feng Xingya said last month. The carmaker will also cooperate with Huawei on big data, smart cockpits, and hardware and electronic chips, Feng said.

“China adds 30 million cars each year and the number is growing,” Huawei Deputy Chairman Eric Xu said in April. “Even if we don’t tap the market outside of China, if we can earn an average 10,000 yuan ($1,550) from each car sold in China, that’s already a very big business.”

Apple appears to be considering a similar route, talking at one point with carmakers including Hyundai Motor Co. before discussions fizzled. Unlike China’s tech giants, Apple is keeping its plans largely secret. The company lost a key manager overseeing its self-driving car program in February and it’s unclear what impact that may have had on Apple’s progress on delivering a commercially viable car.

The rise of smart vehicles and autonomous driving throws up a raft of possibilities for tech companies, not least access to data such as real-time insight into popular destinations and the routes taken to get there. On top of that, for some there’s the opportunity to charge for tech add-ons and system improvements, essentially treating the vehicle like a piece of computer hardware that constantly gets its software updated.

“They will definitely focus on being intelligent,” said Yale Zhang, managing director of Shanghai-based consultancy Autoforesight Co. “Making a good electrified car is a ‘pass,’ while making a good intelligent car will make an ‘A-grade.’ That’s what these tech giants are good at. Their main revenue will not be from selling the car but finding other ways to earn post-sale, such as over-the-air system upgrades or software subscriptions.”

Big Tech in China Is Eyeing EVs for a Reason: Hyperdrive Daily

“The core value of cars in the future will be how intelligent they are,” Xia said, echoing a familiar refrain. “The earlier a company plans, the more control of self-developed technologies it gains, the more advanced technology it has, the more power it will own in the market.”

Jidu has a core team of about 100 staff, and will expand to as many as 3,000 personnel by the end of next year, including up to 500 software engineers, he said. The first batch of cars will be based on Zhejiang Geely Holding Group Co.’s pure EV manufacturing structure, while Jidu will collaborate with Baidu’s autonomous-driving unit Apollo, with a special focus on smart cars and the mass production of autonomous driving features. The unit will embark on its next fundraising round soon, with further investment expected from Baidu and external investors.

Chinese smartphone maker Xiaomi has also announced plans to invest about $10 billion over the next decade to manufacture electric cars, though hasn’t disclosed much detail or given a timeframe for deliveries. Billionaire co-founder Lei Jun in March announced his intention to lead a new standalone division and spearhead the drive into EVs, in what he called his final major startup endeavor.

“We have deep pockets for this project,” Lei, who is also Xiaomi’s chief executive officer, said when unveiling the plan. “I’m fully aware of the risks of the car-making industry. I’m also aware the project will take at least three-to-five years with tens of billions of investment.”

While China’s tech giants may be late to the game and entering unfamiliar territory, that could play to their advantage, said Dyer of AlixPartners.

“This isn’t an industry where you have to be the first-mover to win,” he said. “In fact, in the auto industry, the first mover typically never wins. It’s always the follower who wins. Because when you are the first mover, you’re the one paying to learn through all the mistakes.”

— With assistance by Charlie Zhu, Chunying Zhang, and Ying Tian

Before it’s here, it’s on the Bloomberg Terminal.

Fri May 14 , 2021
We live in a time of vehicle transition, and during this period hybrids still retain a number of advantages over their fully electric vehicle cousins. Or at least they do when compared to their cheaper, lower-level cousins, like the Nissan Leaf. At the same time, the development of fully electric […] 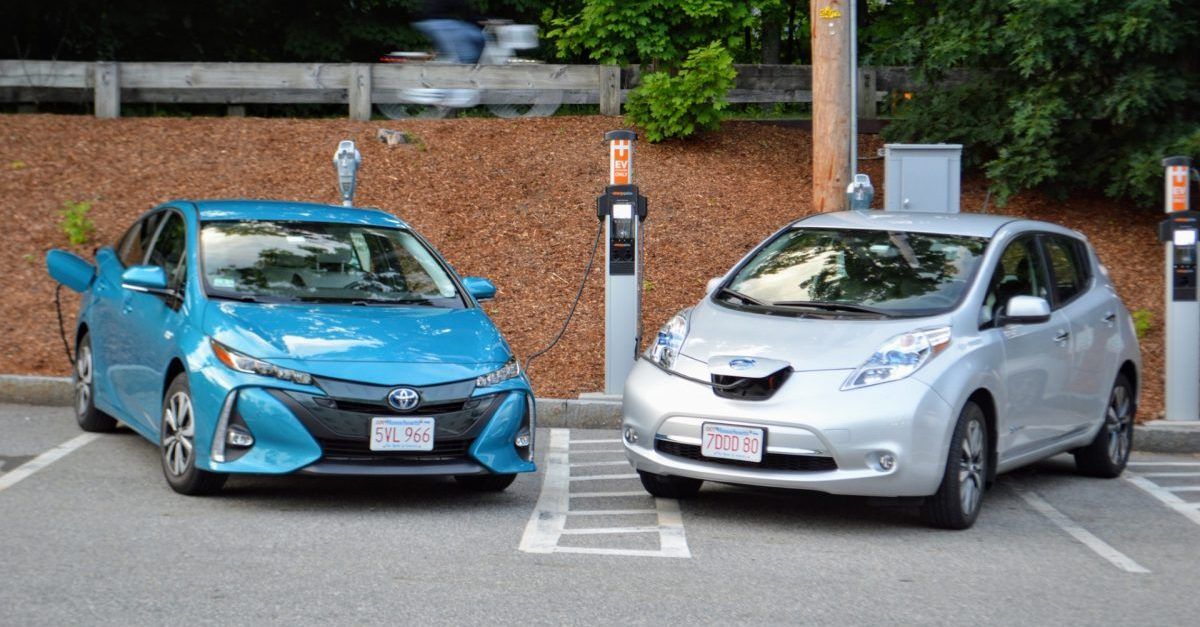