Early models of the all-electric 2021 Mustang Mach-E have a battery issue that may leave owners struggling to start their vehicles despite its being fully charged, according to a technical service bulletin that Ford sent to federal regulators.

“Bad software is turning some Mustang Mach-Es into ‘electric bricks,’ ” said a headline in TheVerge.com, a tech website that first reported news of the Mach-E battery problem Thursday. The brick term has been coined by Mach-E forum members seeking advice from one another online.

The March 25 technical service bulletin filed with the National Highway Traffic Safety Administration describes the situation in more technical terms: “12-Volt Battery Becomes Discharged While The Vehicle Is Plugged In During The High Voltage Charging Process.”

Discharging, or draining, describes the process of a battery losing energy.

When this happens, Mach-E customers get notified by their FordPass app that the Mach-E is in “deep sleep” mode, TheVerge noted.

The issue affects vehicles built on or before Feb. 3, Ford said. While the company has touted the potential for over-the-air updates, this fix requires a dealer visit.

The Ford bulletin said the problem may be related to the powertrain control module. The company told Reuters the situation is a “software glitch, which results in the small battery discharging while a larger high-voltage battery pack is charging.”

The Dearborn automaker declined to say how many Mach-E owners are affected. The company reported selling three vehicles in December, 238 in January and 3,739 in February.

“We are aware that a small number of Mustang Mach-E owners have had their 12-volt battery reach a low-voltage condition. We proactively worked with early owners experiencing this issue to identify the root cause and a fix,” said Ford spokeswoman Emma Bergg. “In the rare instances where this still occurs, customers can now contact their local EV-certified Ford dealer to have the matter resolved.”

Michelle Phillips, 52, a research field manager from Ontario, California, experienced firsthand a dead battery in her garage in March. She had owned the car one month.

She drove on a Friday, let her car sit over the weekend plugged into a charger.

“The doors were popped open, which was odd. I thought I forgot to close them,” she told the Free Press on Friday. “When I went to get in, the power was completely dead. I thought, ‘Now what?’ ”

Phillips called her Ford dealer and she said they had no idea what to do. They suggested sending a tow truck. She had a battery charger but couldn’t find the battery, which is hidden in the front trunk known as a “frunk,” where the internal combustion engine would be. When Ford roadside assistance arrived, the operator was unfamiliar with the Mach-E and afraid he’d break something. They finally figured it all out and jumped her battery.

‘It was a miracle’

“All of a sudden, everything came to life. It was a miracle. It was a full charge,” Phillips said. “I wanted to know what happened. So I took it to the dealership. They kept it the following weekend and said basically everything was fine.”

After she took her Mach-E home, the dealership called and asked her to bring it back for software update. It’s what she figured they needed initially. The dealer consulted Ford engineering. She took a loaner Mach-E. Everything has been fine ever since then.

But she voiced a bigger concern about Ford customer communications.

Phillips, who ordered her vehicle in November 2019, picked it up on Feb. 8. For a period of time, neither she nor the dealership could track the vehicle online.

As early adopters of a hot new product with new technology, she said, people aren’t bothered by little issues but they don’t want to guess and beg for information.

“But don’t tell me it’s nothing when I know it’s not nothing,” she said. “I’ve got a car that was sent out to California and then shipped all the way to Kansas, for what?”

People have stopped to ask her questions and take pictures of the beautiful car, and Phillips is happy she made the purchase.

On Jan. 17, the Free Press reported that Ford was holding the Mach-E for additional quality review. Bergg estimated the hold would last up to eight weeks for “several hundred” vehicles after being built at the factory in Cuautitlán, Izcalli, Mexico.

On March 2, Ford notified thousands of Mach-E customers they would be compensated for their patience as the company continued its quality checks.

By mid-March, some customers in Norway reached out about delivery delays.

“We began deliveries in the U.S. at the end of 2020, as planned, and are on track to begin deliveries starting in spring in Europe,” Bergg said at the time. “Ford is committed to delivering a high-quality vehicle, so delivery timing will vary by market.”

The Mach-E is an especially valuable vehicle to Ford as its debut vehicle designed to challenge Tesla, the dominant player in the all-electric market.

The Mach-E won 2021 North American Utility of the Year and a Morgan Stanley analyst said first quarter sales illustrate a horse race with Tesla. Ford said it sold 6,614 Mach-E SUVs. Meanwhile, Tesla reported 184,800 vehicles sold during the first three months of the year, twice as many as a year ago, with strong demand in China.

This Mach-E situation is the second battery-related issue raised with Ford on new products in 2021. Some customers and dealerships saw dead 12-volt batteries on the brand-new 2021 Ford F-150 pickups due to phantom battery drain, as first reported on Feb. 15 by the Free Press.

“A population of vehicles built before we began shipping to dealers require a software update to prevent batteries from losing their charge,” Ford spokesman Said Deep said at the time.

He said Friday that the battery issues had no relation to one another, as he understands the situation.

Ford declined to explain why the 12-volt batteries were losing juice or how many vehicles potentially had a problem.

“My truck went into deep sleep mode once and the only way to bring it back to life was a jump start,” one F-150 owner wrote on a forum. “Had to use the physical key in the fob to open the door.”

That situation also required a visit to the dealership for a software update.

The F-150 was held for additional quality updates, too.

Fixing the Mach-E battery cannot be done at home as it requires specific software programs. Ford explicitly writes in the service bulletin: “The procedures should not be performed by ‘do-it-yourselfers.’ “

This is the protocol for professional technicians:

Software problems have presented ongoing headaches for automakers globally and often come up in consumer satisfaction surveys and reports to federal safety regulators.

Contact Phoebe Wall Howard: 313-222-6512 or[email protected].Follow her on Twitter@phoebesaid. Read more on Ford and sign up for our autos newsletter.

Sun Apr 18 , 2021
Before the turn of the decade, if you were interested in a fully electric SUV, your options were minimal. Now, with more legacy automakers making the switch, the market has broadened significantly. Today, you can walk out of a dealership with an electric SUV for less than $40,000! If you […] 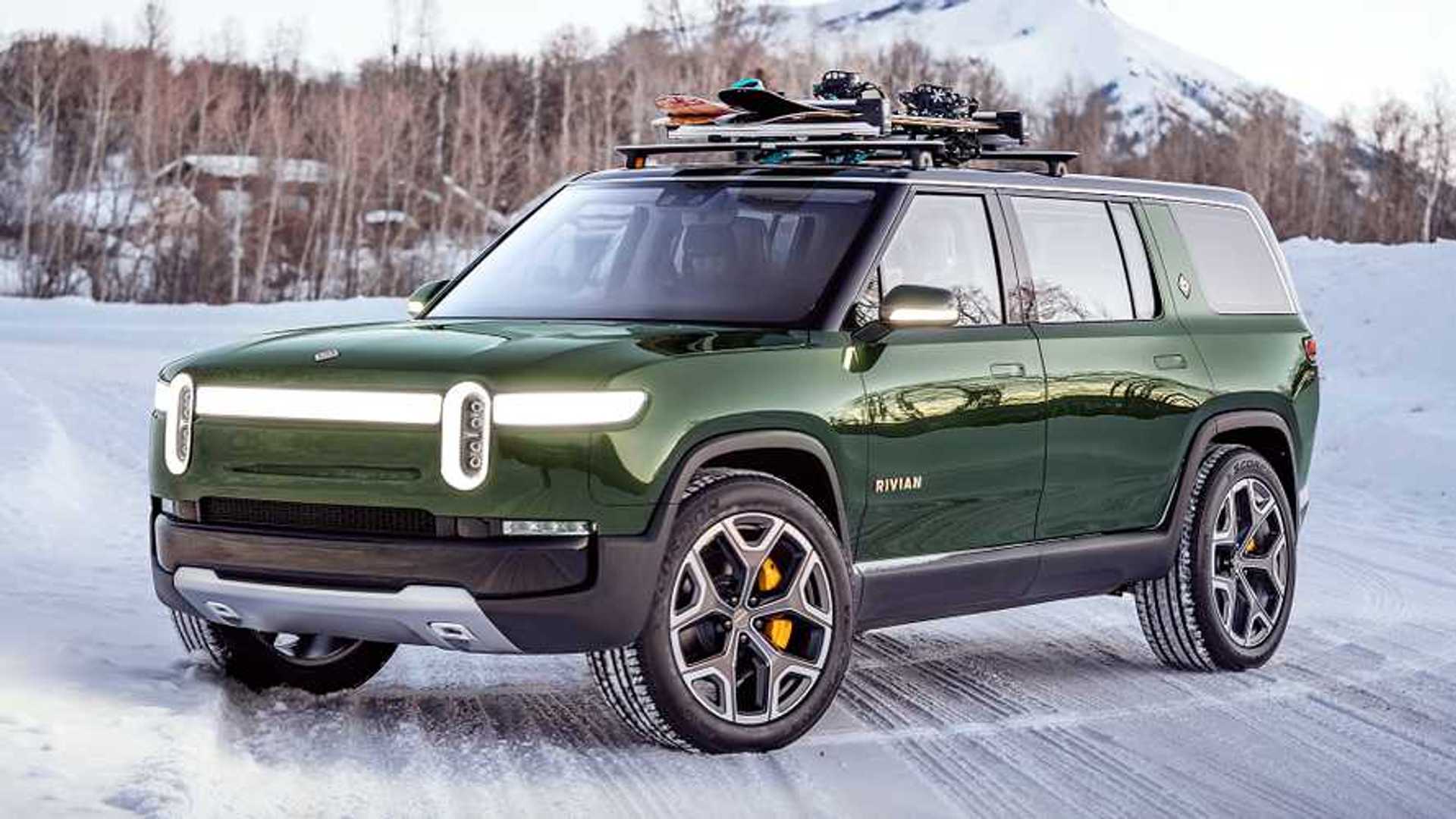