The production of EVs has exploded, and before long, the internal combustion engine will be phased out on a global scale.

The USA’s future policy is a tricky one to predict because sometimes it seems more like a collection of 50 or so different countries, yet at other times, it acts more like a unified country. So with the growing trend to phase out internal combustion engines (ICE), will this end up becoming a Federal policy, or will it be driven by various state governments throughout the country? We will find out in the near future.

But one thing is for sure, we are now heading into the transition period with California leading the way. In fact, about half of all the EVs sold in the USA are sold in California, which has now pledged to phase out ICE vehicles by 2035. California has become something of a leader in the USA for states seeking to transition into a cleaner, greener future. Here are 8 reasons why all new car sales in the USA will be fully electric by 2040 or sooner.

While GM hasn’t fully committed as this remains an aspirational target, given what is happening in the wider automotive industry, this would seem likely. If Ford and Chrysler were to follow suit, then, even if your state does still permit you to buy a fossil-fueled car, there might be none left to buy!

California has signed an executive order banning the sales of new fossil-fueled cars by 2035. California boasts the largest economy and the largest population in the USA and is something of a leader for more left-leaning states throughout the Union with others following its lead – like Massachusetts.

6 ICE Cars Will Be Old Tech

Already, we have one car company after another is saying that they are planning to abandon all future R&D into the internal combustion engine. Instead, they are pouring all their R&D into developing EVs.

That means that in the next decade, the development of the combustion engine will stagnate, while the development and improvements of EVs will skyrocket. Already we are seeing companies are predicting 15 minute charge times by 2030 and other huge developments, while ICEs are as good as they will ever get.

Many European countries are phasing out their ICE cars, with Norway being the first by 2025 and others like Denmark and the United Kingdom following by 2030 for non-hybrids and 2035 for hybrids. Seeing these changing regulations, European car manufactures are racing at break-neck speed to replace their fleets with fully electric vehicles. New pledges and commitments from car manufactures are flooding in now seemingly every month.

Soon, many of the European car manufacturers will be fully electric – often before the ban is set to come into force. These companies include Ford Europe, Honda, and Volvo.

Related: These Are The Countries Moving The Fastest To Ban Combustion Engine Cars

China shocked the world late last year by announcing it will peak emissions before 2030 and become net -zero by 2060. This is an extremely ambitious goal and one that will require a lot of transformation. Already we see the seeds of this transformation in full swing. And this will have the knock-on effect of spurring massive investment into the development of EVs.

The lithium-ion battery was revolutionary, but it is not the best battery we can make. It has many limitations. Not just the amount of power it can store (and so the range) but also the hard-to-source materials it uses like lithium and cobalt and these could prove to be big problems in the future.

But there is a range of other batteries in development and even testing. These include the solid-state battery that (if it does prove to be successful) will not only eliminate some of these rare earth materials but also be much lighter, significantly increase the range and improve the charge time.

One cannot ignore the fact that Tesla only sells 500,000 cars (as of 2020) and Volkswagen and Toyota both produce more than 10 million cars every year, and yet this small fry is now the most valuable car manufacturer in the world.

Not only is it the most valuable auto manufacturer, but it has also even risen into becoming the top 10 most valuable companies in the whole world. This is a clear display of where investors the world over are thinking the wind is blowing and where the future of the automobile industry is. Now seeing Tesla’s meteoric rise, auto manufacturers around the world are announcing plans to forsake the ICE cars.

The Biden administration is already making waves into moving the USA toward a more eco-friendly future. The massive $2 trillion package contains line items that include moving toward EVs, such as building a quarter of a million EV charging points and much more. So far, the Biden Administration hasn’t announced any plan to ban ICE cars, but they have announced the Federal fleet of vehicles will be replaced with EVs – this in itself will be a huge boost to the EV market.

We will see what happens over the next 4 years, but one wouldn’t be surprised if an ICE ban were to be announced. California has already written to Washington asking for a Federal ban.

In conclusion, ICEs seem to be facing the perfect storm of regulatory and technological forces that seem posed to assign them to the pages of history. We may love the power of a V8, but what is so exciting is that the electric engine that replaces it will end up being more advanced and even more powerful.

Next: These EV Concepts Make The Future Look Bright

Aaron is best known for his dad jokes and his tendency to hitchhike around the world. Hailing from New Zealand, you just never know where this wandering Kiwi will turn up (occasionally its actually New Zealand). While Aaron may have graduated in accounting, it soon became clear that a more outdoorsy and adventurous lifestyle is what would suit him.
He has a flare for writing and has taught English around the world for years. A nerd, he is always interesting in researching different topics of interest including the past and the future history of English.

Tue Apr 13 , 2021
[Minnesota officials said the police officer who fatally shot a Black man at a traffic stop did so accidentally, and meant to fire a Taser instead. Read the latest updates here.] BROOKLYN Middle, Minn. — A 20-calendar year-old Black man died right after a law enforcement officer shot him throughout […] 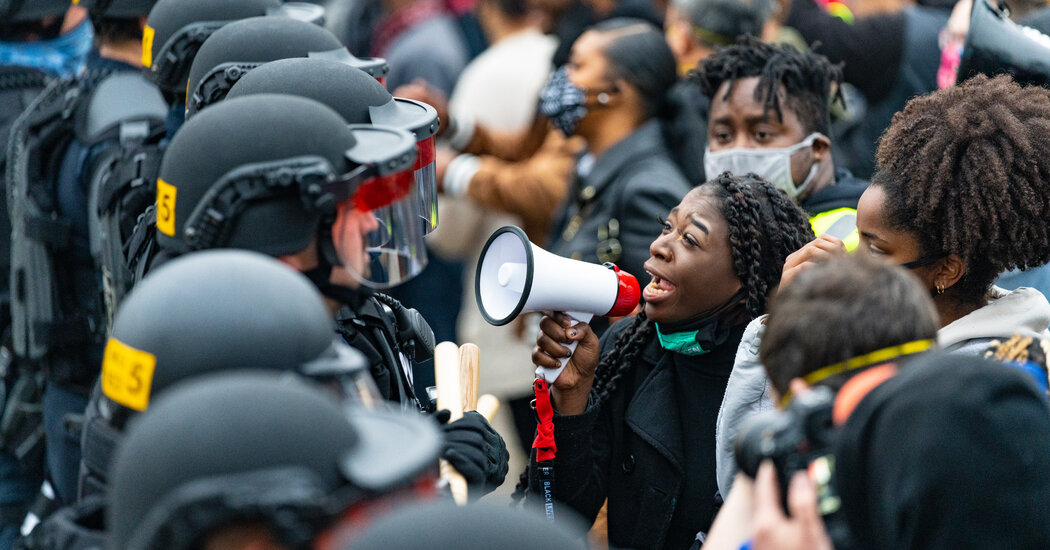