Tesla is the biggest name in the electric vehicles world at the moment, having somewhat blazed a trail with all-electric cars despite being a rather new company compared to tradition car brands.

And as such, the Tesla has a lot going on around it from new cars to EV thoughts spouted by Eon Musk. So we now have a rolling collection of news and updates from Tesla, giving you a one-stop-shop to track what’s going on at the company.

So read on for the latest news from Tesla and why you might want to get a bit excited about what’s coming from Tesla this year an beyond.

Does Tesla’s $25k hatchback already have a prototype?

We know Tesla has a compact hatchback on the way, and it’s currently set to arrive in 2023 for the low price of $25,000. But rumor is that the very first prototype may have already been built in China.

That’s according to local auto leaker 不是郑小康, who posted the rumor on Chinese social network Weibo. Apparently the prototype has been built, and most of the component suppliers have already been lined up ahead of a trial production at the end of this year.

Obviously this being an unverified rumor, we can’t take this information as absolute fact. But with Elon Musk already promising a 2023 launch date, Tesla does need to get to work pretty soon if it wants to avoid one of its infamous delays. Watch this space.

July 29: The Tesla Model X Plaid has been spotted at Tesla’s Fremont factory

The Tesla Model S Plaid has been available for over a month now, but there’s still no sign of exactly when the automaker will start delivering the next Plaid car — the Model X. Well the car has just been spotted at tesla’s Fremont factory, plugged into a Supercharger of all places

A video of the car was taken by Tesla Russ, and posted over on their YouTube channel. It’s unmistakably a Model X, and peaking inside we see the interior is very much like the Model S Plaid — yoke steering and all.

The Model X Plaid is currently scheduled for an early 2022 launch. The Tesla website estimates delivery to happen in January or February if you order right now. It’ll have a range of 340 miles, and a top speed of 163mph. But it’ll set you back $119,990 for the base model.

Just one week after reports claimed production was about to begin on the Tesla Semi truck, Tesla used its earnings call to confirm that the Semi is, in fact, being delayed again. This has happened due to limited availability of battery cells and other parts, and means the truck will launch in 2022 instead.

Tesla’s yoke steering wheel has been somewhat controversial, but it’s definitely here to stay. In fact when asked whether the cars will ever be available with a standard circular steering wheel, Musk replied with a very definitive “No”.

Musk also confirmed that future Tesla software updates will learn to ignore any accidental activation of the cars’ touch-sensitive controls. Controls that are used for every day features like the horn and turn signals. Though it’s not exactly clear why the classic physical levers and buttons had to be killed off, especially if accidental activation of their replacement is an issue.

Tesla CEO Elon Musk has announced that Tesla will ‘most likely’ start accepting Bitcoin as payment once again (via Reuters). It just need to do some research and ‘due diligence’ in how much renewable energy is used to mine the cryptocurrency.

Tesla previous accepted Bitcoin as a payment method, only to backpedal two months later. The official line was that the amount of energy needed to mine the cryptocurrency was contrary to Elon Musk’s environmental commitments.

Tesla CEO Elon Musk has confirmed reports that non-Tesla cars will be able to recharge at Superchargers in the near future. Apparently this Supercharger expansion will start before the end of this year, and will eventually spread to all countries with a Supercharger network.

Sadly we don’t know where this rollout will begin, or what limitations there may be on non-Tesla charging. However, considering Tesla owns and operates the largest car charging network in the world, this is a huge deal for current and future EV owners — and any range anxiety they may have.

July 20: Tesla Model Y and Model 3 will get Tesla’s ‘Auto Shift’ feature in the future

The Auto Shift feature was announced earlier this year for the 2021 Model S and Model X cars. It’s an autonomous feature that enables the car to automatically move out of a parking space, by judging whether it needs to shift into drive or reverse gear. That way it can start driving to its destination without any driver intervention.

Unfortunately the feature only allows the car to switch gears out of park, and not between drive and reverse. Elon Musk promises that it’ll be able to do more in future, such as autonomous three point turns, but there’s no timeline on when this might roll out.

July 20: Production is about to begin on the Tesla Semi electric truck

Tesla delays happen a lot, and nowhere is that more true than with the Tesla Semi – a better-powered semi-truck originally revealed way back in 2017. But after all those years of delays, the semi truck is finally ready to go into production.

Sources familiar with the goings on at Tesla’s Nevada Gigafactory have told Elektrek that the Semi’s drive axle production line is ready, while a final debugging is happening to the general assembly line ready for production to begin. Tesla is set to start fulfilling reservations by the end of the year.

July 12: Tesla has brought back the Standard Range Model Y, but only in Hong Kong

The Standard Range Tesla Model Y was discontinued last year. According to Elon Musk it was because the car only had 244 miles of range per charge. The Tesla CEO later said that anything under 250 miles was “unacceptably” low, which is why the standard range Model Y would not be returning.

However, now the car appears to have made a comeback. Sadly you won’t be buying one anytime soon because it’s only available in Hong Kong (via Elektrek).

Tesla is selling the car for HK$329,800 ($42,459), though what’s most interesting is the company promises a range of 455km (WLTP) which works out at 282 miles. Though we imagine the discrepancy will be down to differences between the WLTP range testing and EPA testing that’s more commonly used in the United States.

June 30: Tesla Model 3 gets its safety rating back after ditching radar

Tesla turned a few heads when it announced it was ditching Autopilot’s radar sensors in favor of a camera-based system. To the point where its cars lost their safety ratings from both the Insurance Institute for Highway Safety (IIHS) and Consumer Reports.

But after evaluating the new driver assistance system, Tesla’s Model 3 has regained those safety ratings (via The Verge). Evidently the IIHS found that the new Tesla Vision cameras were effective for the Model 3’s automatic emergency braking (AEBC) and forward collision warning (FCW) systems to work effectively (and safely).

CEO Elon Musk always maintained that cameras were an adequate alternative to both radar and LiDAR-based detection systems in autonomous cars. This news evidently means that those claims definitely had some merit.

Tesla is known for its premium electric cars, though the likes of the Tesla Model 3 and Model Y are still fairly affordable. But they’re not exactly what you’d call ‘budget’ cars, which is presumably why it’s developing a $25k hatchback due to be released in 2023.

Unfortunately there’s no word on how far the car will be able to go on a single fully-charged battery. However, given what happened with the Tesla Model Y, it’s likely that it will be at least 250 miles.

Production is about to begin on the Tesla Semi electric truck

Wed Aug 11 , 2021
Cresent Bridge where the cycle lane has been removed. On Friday (July 30), the DfT announced the allocations for the most recent round of grants from the Ability Fund, with none presented to the city’s put together authority until they gained even further reassurances as to the authority’s dedication to […] 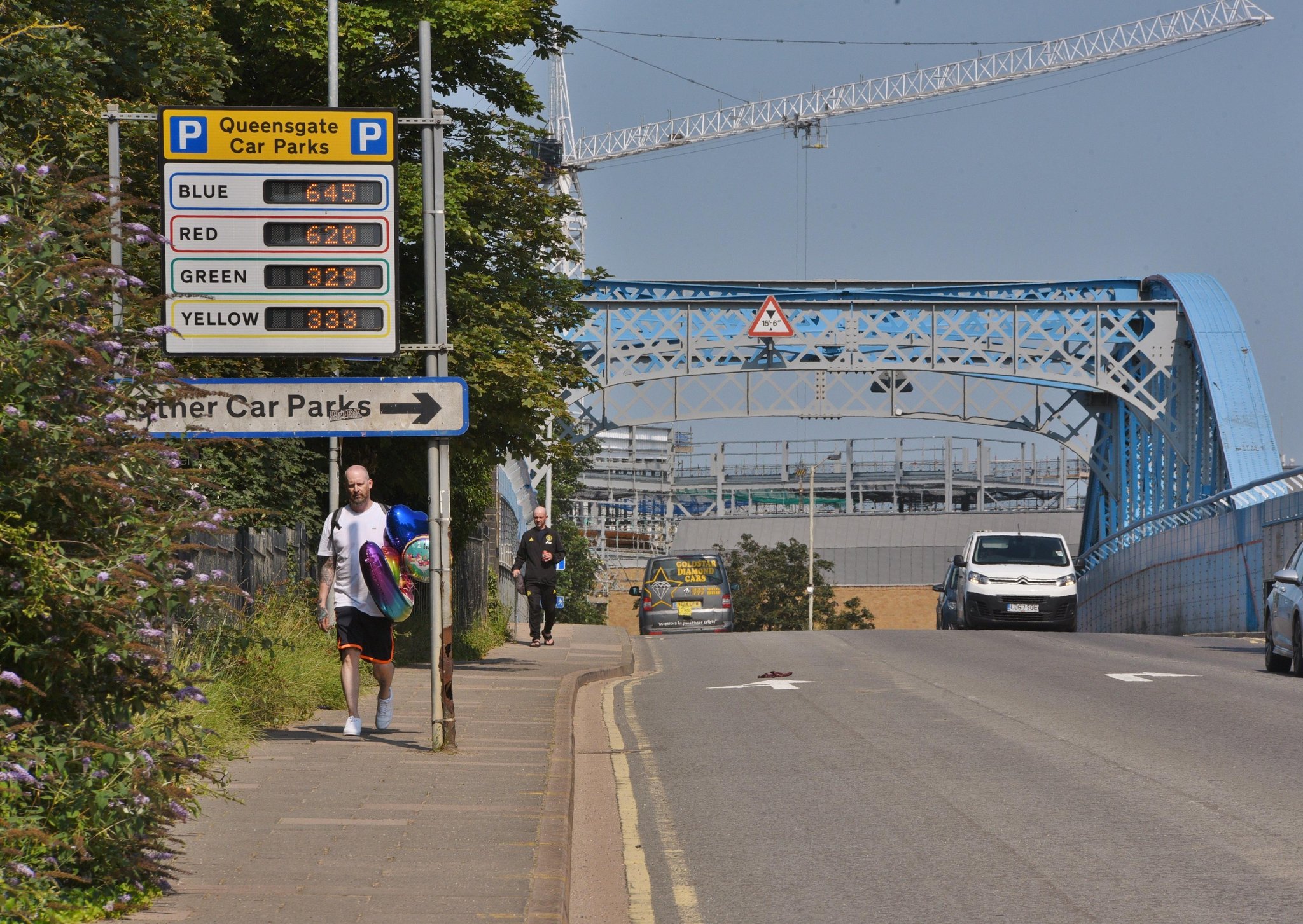