WASHINGTON — The U.S. Air Force will begin testing in May whether it can use one of the “flying cars” under development for the commercial market for military missions, including rescuing troops, delivering cargo and conducting security checks over an airfield. But first the service had to answer a simpler […]

WASHINGTON — The U.S. Air Force will begin testing in May whether it can use one of the “flying cars” under development for the commercial market for military missions, including rescuing troops, delivering cargo and conducting security checks over an airfield.

But first the service had to answer a simpler question: Could one of these electric vertical-takeoff-and-landing (eVTOL) aircraft fit into a military cargo plane and safely be transported?

The Air Force attempted to prove that during a demonstration held March 23-24, when the 355th Wing from Davis-Monthan Air Force Base in Arizona successfully used an HC-130J Combat King II to move Lift Aircraft’s Hexa platform from Springfield-Beckley Municipal Airport in Ohio to Austin-Bergstrom International Airport in Texas.

The demo was part of the service’s Agility Prime effort, through which the Air Force hopes to accelerate the development of eVTOL technologies and ensure the U.S. military retains access to them.

“We’re trying to take acquisition and do it differently,” said James Bieryla, the division chief responsible for Agility Prime at the service’s AFWERX innovation cell.

“Instead of putting a very rigid set of requirements on a company, we’re almost doing the opposite. We’re saying: ‘You know what, why don’t you show us what you can do?’ We say that to perhaps a dozen companies. … We help usher them through and accelerate them,” he said. “And on the back end, hopefully what happens is we end up with 12 or more commercially viable, successful companies, many of whom will have military utility in lots of different areas.”

The Air Force kicked off Agility Prime in February 2020 and since then has identified six companies as potential partners, according to Air Force Magazine: Phenix Solutions, Joby Aviation, Elroy Air, Moog, Beta Technologies and Lift Aircraft. In December, Joby’s S4 aircraft was the first eVTOL design to receive airworthiness approval from the service.

The end goal is to transition eVTOL technologies into a program of record by 2023, Bieryla said.

Thanks for signing up!

By giving us your email, you are opting in to the Early Bird Brief.

“That is a very aggressive goal,” he noted. “This demonstration here in May is going to be great for us to actually get a firsthand look right from operators into the technology.”

Last week’s demonstration was accomplished with little fanfare and no significant challenges, officials from the Air Force and Lift Aircraft told Defense News on March 26.

The Hexa aircraft is comprised of an egg-shaped fuselage positioned on four perimeter floats, which allow it to land on water. On top sits a web of 18 electric motors arranged in a hexagonal pattern similar to that of honeycomb.

To package Hexa for transit, Lift Aircraft separated the motors and some additional hardware, and folded down the beams that connect the motors to the aircraft’s fuselage, said Jace McCown, the firm’s flight development engineer and chief pilot.

Once the Hexa was compressed and safely stored with all of its support equipment, Air Force personnel tested out how to load it onto the C-130, eventually choosing to use the aircraft’s ramp system to push it into the cargo bay, said Tech Sgt. Joseph Wruck, who helped support the load tests as part of the 571st Mobility Support Advisory Squadron.

The process of loading the Hexa and support equipment took about 45 minutes, but that timeline could probably be condensed into 15 minutes, Wruck said. And while only one Hexa aircraft was transported during the demonstration, Wruck estimated that a C-130H could carry up to four Hexa platforms, with newer C-130J models potentially able to transport five or six at a time.

Finally, the HC-130J took off, flying the Hexa stored inside its cargo bay from Ohio to Texas.

In May, the Air Force will repeat the process as part of Exercise Bushwhacker, when the 355th Wing simulates rescue and attack missions in austere environments.

VTOL platforms with quiet electric engines and simple sustainment footprints could become key to the Air Force as it figures out how to operate away from large airfields, a concept known as agile combat employment, or ACE.

Should the U.S. go to war against Russia or China, the service predicts its main operating bases in Europe or the Asia-Pacific region could be temporarily or permanently knocked out by enemy fire. In response, the Air Force hopes to shift to a more disaggregated style of fighting, where discrete packages of aircraft are temporarily deployed to smaller airfields across the globe that may not have large runways or established amenities.

Electric VTOL aircraft capable of landing without a runway could be used to ferry troops and supplies needed to stand up operations, while also providing a platform for crisis response.

During Exercise Bushwhacker, airmen will practice transporting, unloading and reassembling the Hexa — a process that should take about two to three hours, according to McCown.

From there, Hexa will be put through its paces in a number of scenarios, such as delivering supplies or rescuing a stranded troop on the ground, said Maj. Brennan Gallagher, 563rd Rescue Group’s chief of weapons and tactics and the lead planner for 355th Wing’s Agility Prime integration.

“If someone has a single engine failure outside the wire and then needs to get picked up, instead of risking a convoy going out, we could send one of these Lift Hexas out there,” he said. “Hexa would fly to those coordinates, land, pick up someone. In this case, we’re looking to use a crash dummy, which we call Rescue Randy.”

Right now, Hexa’s abilities are limited and geared toward the commercial recreation market. The aircraft has room for one person and can fly for about 10-15 minutes, depending on the payload. A person can learn to fly Hexa quickly because many of the flight systems are automated, but Lift plans to develop a fully automated version, McCown said.

In the future, the platform could potentially serve as an armed overwatch aircraft to protect ground troops, Gallagher said.

However, there are still missions that the aircraft could be suited for in its current configuration. For instance, while Hexa can’t carry as much weight as required to satisfy certain logistics missions, it could transfer smaller cargo or serve as a vehicle that allows security forces to assess the status of an airfield, said Lt. Col. Shane Hughes, commander of the 621st Contingency Response Support Squadron.

“It can zip around the airfield really quick with our security forces specialists; they can do a quick assessment and then that saves them a significant amount of time,” he said.

McCown added that Lift is open to incorporating military users’ feedback into future iterations of the aircraft.

“There’s a lot of potential with this airframe, and we’re currently working through AFWERX to kind of explore the next level of what is possible with this,” he said. “We’re currently executing flight tests out in Ohio under a [Small Business Innovation Research Phase II contract], and we are exploring the next steps with the Air Force right now as far as what kind of support [is needed] to get us to reach some of those longer-term goals that the operators have.”

By being involved in the development of eVTOL platforms at an early stage, the Air Force hopes to steer the evolution of the technology into a form that it can use.

“We certainly understand that this is not the final configuration right now,” Bieryla said. “We’re working forward. We’re going to keep developing, we’re going to keep coming up with improvements. But … if we can get early operator involvement in this technology, it helps everybody.”

Fri Apr 2 , 2021
The Pioneer Female star Ree Drummond is maintaining her followers in the loop just after her husband and nephew had been associated in a collision in the vicinity of her family’s Oklahoma farm. Ladd and Caleb Drummond are now recovering in the hospital immediately after the crash, Persons experiences, and […] 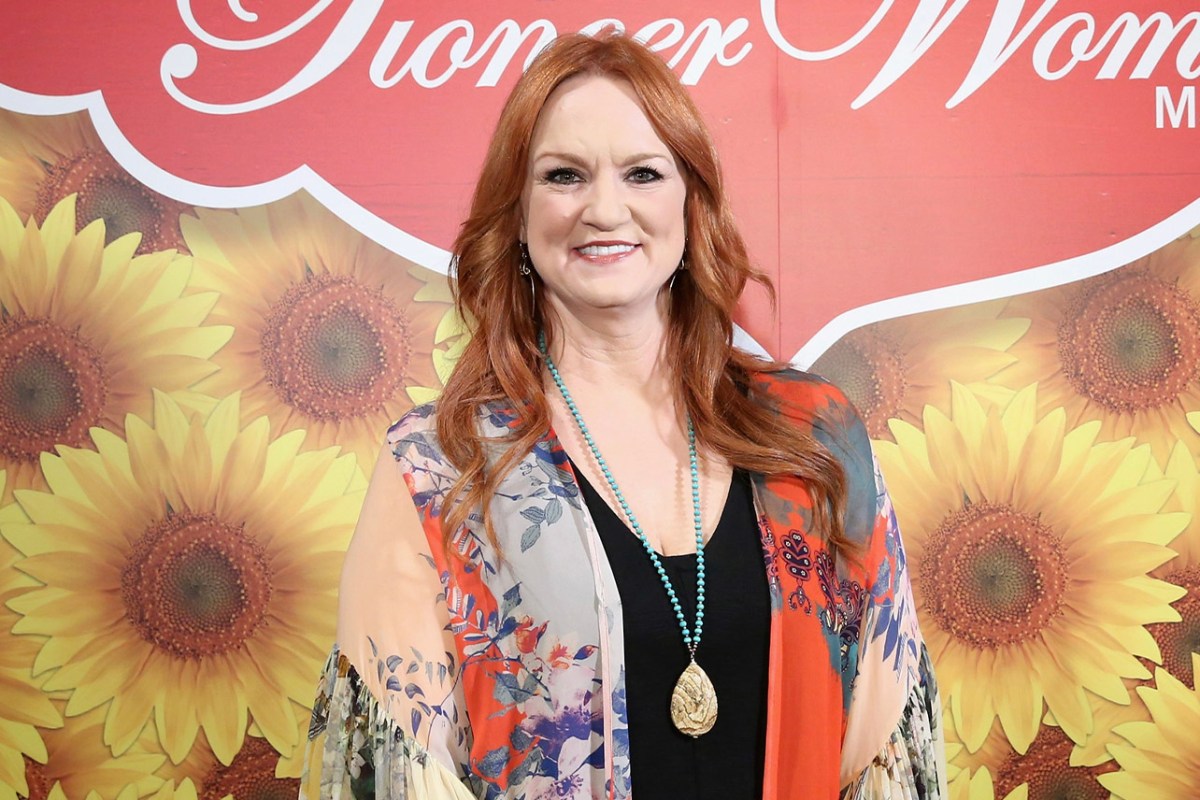